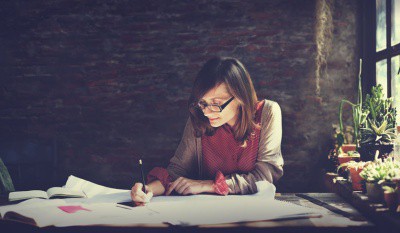 The two sides of the brain are different but complementary, but their roles have caused some confusion as we try to simplify what is infinitely complex.

Science can definitely confirm that the left brain hemisphere is the main language-processing center. The right brain is used more for spatial judgment, movement, drawing, music, mathematics and technical abilities.

Because the right brain is used more for visual concepts and wholistic comprehension, it has become famous for being the creative side. In fact, it’s not that simple. Language artists are also highly creative, yet for linguistic expression, they are largely using the left brain. Creativity is a whole brain process involving many different brain centers, plus access to higher consciousness, which may be beyond the scope of the brain entirely!

“Specifically  -- I can testify that within a week after beginning my listening I was able to write the plot for a novel. I have never before been able to envisage a plot for fiction, though I have be...”

Sound therapy works on both sides of the brain to develop areas where we might be weak and improve communication between the hemispheres. Classical music alone activates at least ten different brain centers. Language also uses many different areas in addition to the auditory cortex. As connections are built between so many parts of the brain, our creative potential is released. For this reason, Sound Therapy listeners often find themselves developing new abilities and overcoming blocks.

Why are high frequencies important for the Brain?

Through his study of embryology, Dr. Tomatis realized that the first sounds we hear are high-frequency sounds because the area of the cochlea which detects high frequencies is the first to develop.

Through his experiments, Tomatis showed that high-frequency sounds serve as a vital and necessary stimulant for cortical activity. The brain needs high frequencies in order to be fully functional. The electrical charge of the brain, the energy on which it runs, needs to be regularly replenished and Tomatis discovered a way to do this by using specially processed sounds.

“There have been changes, which I hardly dare believe are happening. There has been a reawakening of the musical ‘spark’ within me. Having been trained as a pianist and taken a degree in music a...” 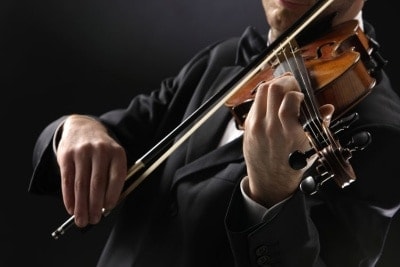 Artists in all these fields have described remarkable experiences where Sound Therapy gives them a whole new lease on their creative expression, sometimes releasing aptitudes they never knew they had.

After 26 years in the Sound Therapy field, we really understand the importance of creative work and what it means to artists and business people to enhance their creative output. Every week we hear from our listeners thanking us for the new benefits they have experienced. Listeners have reported very dramatic changes in the way their creativity has been fuelled and magnified by this method.

If you would like to learn more in-depth about how Sound Therapy enhances creativity, order Rafaele Joudry’s FREE eBook here and benefit from her decades of experience helping thousands of listeners with Sound Therapy.