The History of Sound Therapy

Sound Therapy was invented by the pioneering ear specialist, Dr. Alfred Tomatis, who devoted his life to developing the method.

Dr. Tomatis was one of the remarkable pioneers of our time. An inventor, innovator and researcher, he gave us the practical application of Sound Therapy, a unique and valuable tool for healing and education.

Many of Tomatis’s premises are only now being explained by research. Thanks to his unique discoveries, thousands of Sound Therapy listeners in dozens of countries have had their lives improved by Sound Therapy.

Working initially with singers, Tomatis found he was able to restore missing frequencies to their voice by retraining their ears. He did this by filtering the voice or music through his Electronic Ear. His discovery was tested and confirmed at the Sorbonne University in Paris. The Electronic Ear alters frequencies of the voice or music to stimulate and activate your ears. 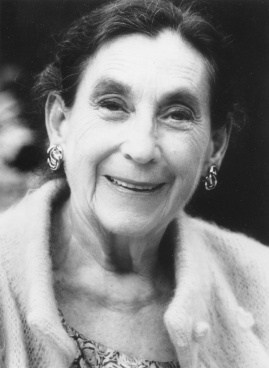 Tomatis later applied his method to children with learning difficulties, speech problems, and autism. He was able to help thousands of people improve their hearing, communication and learning. He also discovered that when people listened consistently to this highly filtered sound their energy levels, sleep quality and well-being greatly improved. He established a network of Tomatis therapy centers around the world.

In the 1980s the Canadian writer, Patricia Joudry undertook Tomatis treatment in Montreal, Canada. She benefited so much from the treatment she was inspired to make the treatment available to a wider audience. With the help of some Benedictine monks, she adapted the program for portability on cassette tapes and the Walkman. She wrote a book called “Sound Therapy for the Walk Man” which explained the therapy and helped bring it to a much wider audience.

Patricia’s daughter, Rafaele, established Sound Therapy International in Australia in 1989 and has continued to develop and advance the method. Patricia’s original book, now co-authored with Rafaele is now its 12th edition, entitled: “Sound Therapy: Music to Recharge Your Brain.”  and is an international bestseller having sold over 50,000 copies. Patricia Joudry passed away in 2000, and Rafaele has continued the work her mother began – to bring Sound Therapy to as many people as possible.

Rafaele has since written two other books; “Triumph Over Tinnitus”, and “Why Aren’t I Learning?” There have been additional, advanced listening programs developed over the years to enable listeners to advance their listening and reap further benefits. The therapy is now available on small digital players, allowing for excellent portability and ease of use.

Sound Therapy International offers training and distribution opportunities for hearing and learning professionals whose clients can benefit from Sound Therapy. There are hundreds of health professionals worldwide who use Sound Therapy in their own clinics and practices. Please contact our office on for details.